Ever since we talked about paneling in class and we worked on our own webcomics, I’ve been really interested in how panels and speech bubbles can change a reader’s experience. I even wrote a post about the topic earlier on the blog when all of the groups were actually creating the webcomics for class. Mostly it was just information to help any of the artist for the groups. This time, I want to focus on how some of the things I mentioned are used and how those techniques are executed in manga. Just reading the comics in class, I’ve noticed there’s a difference in western comics and manga and how panels and bubbles are used but I’m more familiar with manga so that’s what I decided to focus on.

Usually when discussing the visual language differences between manga and comics, manga is discussed in terms of speedline overload, sweatdrops, and nosebleeds, and nobody pays attention to the way the art elements and speech balloons are structured to steer your gaze through the page, but I think this may be a more defining characteristic of manga than all the sweatdrops and nosebleeds in the world.

I think the structure of the manga industry is a major factor.  Many of the most popular  manga are published weekly in chapters of 15-30 pages, collected with other manga into phone book-sized anthologies. Shounen Jump is one you’ve probably heard of if you’ve paid any attention to manga being translated and published in the States.  The publishers of these manga collections have an economic motive to get the reader to consume as much manga as possible as fast as possible, because they want you invested enough in the stories to purchase next week’s/month’s. Because of this, there’s often strong editorial control over each manga, leading to more uniform layout techniques.

Here’s an example, a spread from Bleach, one of the Shounen Jump properties and one of the most popular manga in Japan (though honestly it should have ended way earlier; it’s been dragged on for too long). The first image has the spread itself, while the second traces the action lines through the page, the path your eyes take as you read. 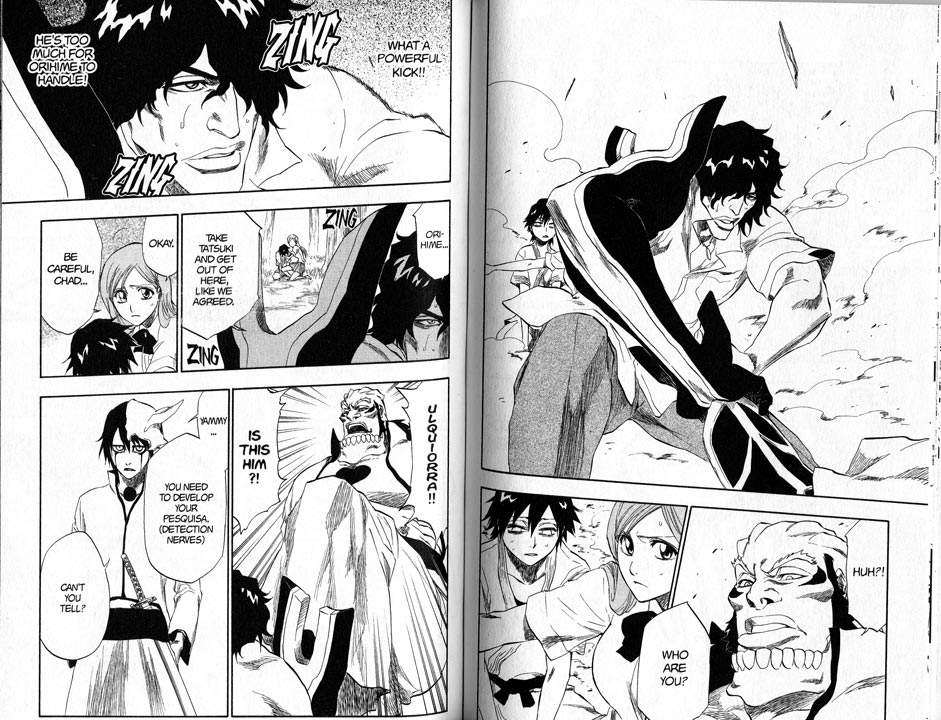 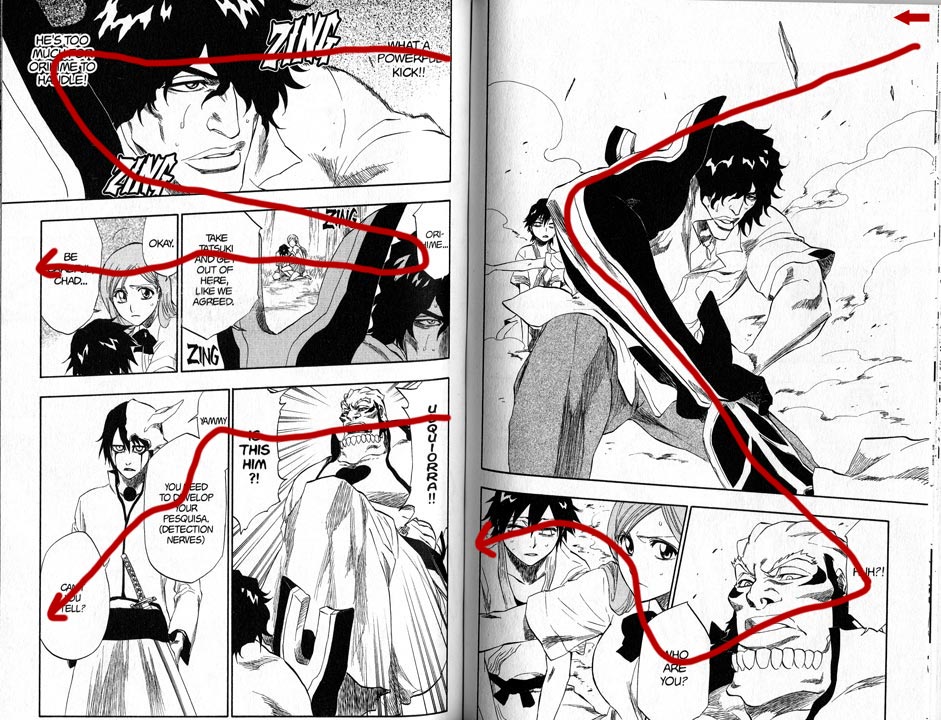 As another example, here’s a spread from Fruits Basket (It was serialized in the semi-monthly Japanese magazine Hana to Yume.)  At first glance it’s chaotic and if you’re not well-versed in the visual language required to read this, you may get lost. 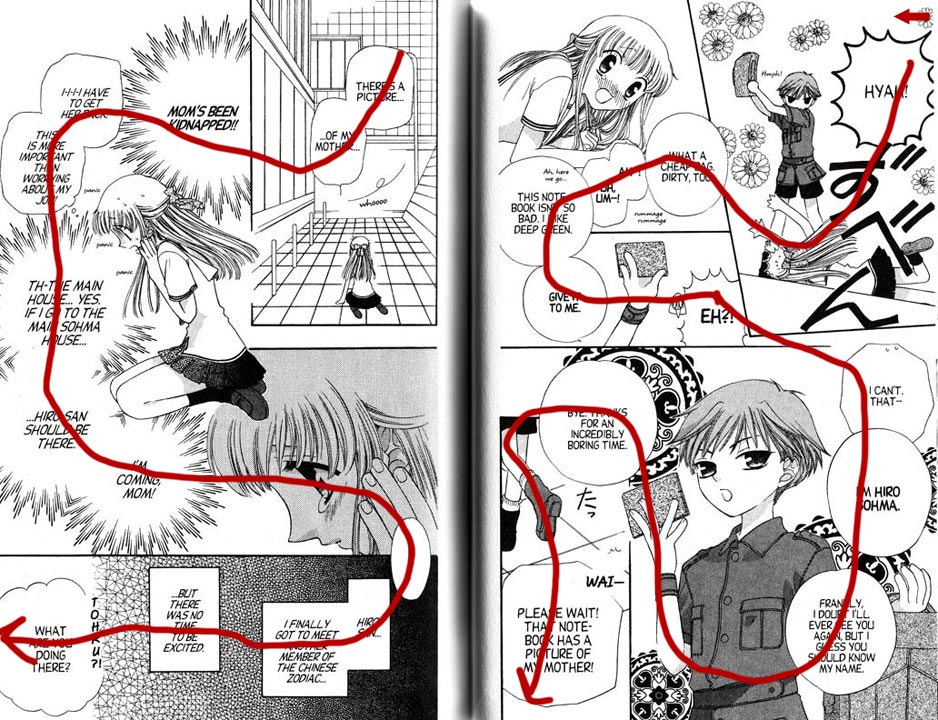 Before, I never really thought about how the panels and bubbles are drawn. I knew that it was important that the bubbles are placed so that you actually read them in order and the reader isn’t confused but they were always like an afterthought to me or just placed in whatever space was left on the page. Like, the bubbles were placed on the page after all of the art was drawn and not that the art and bubbles were drawn to work together to guide the reader through the page.

← The Novel in Graphic Novel – Where Do We Draw the Line?
The Growth of Steampunk in Comics →