Scott Pilgrim vs The Movie

Scott Pilgrim ,created by Bryan Lee O’Malley,  was inspired by the manga style of comic in 2004. Later this westernized manga would become a New York Times best-selling graphic novel series. Then in 2010 it would get adapted into a major motion picture. For those who don’t know what the Scott Pilgrim series is about its about a twenty-three year old Canadian living in Toronto that finds the love of his life, but in order to date her he has to defeat all Seven of her evil ex’s.  The only real difference between the movie and the comic is the way they concluded, but no spoilers will be given. 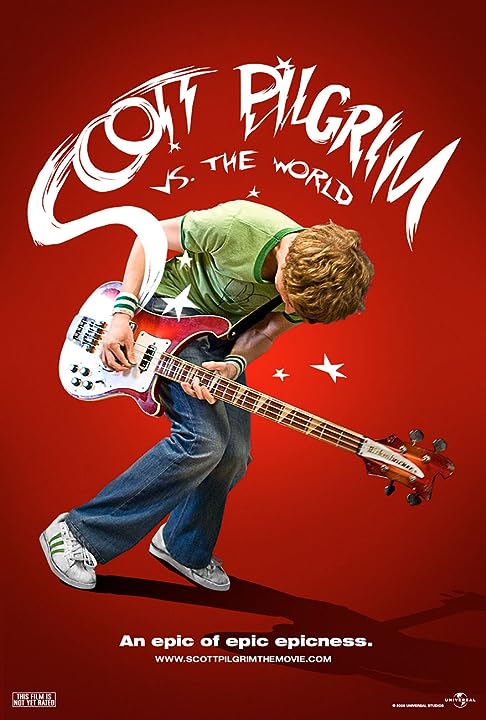 The reason behind the different endings was because the movie was released before the series ended, so they had to create and ending they thought best suited it. Was the translation from comic to major motion picture good for this graphic novel series? The movie cost around eighty-five million dollars to make but only made ten and a half million in its first weekend. It wasn’t as successful as it was intended to be. One reason behind the movie didn’t do as well from the start might of been the translation of the action in the comic to a live action setting. Usually over exaggerated action also found in manga don’t translate as well as it is portrayed in the novels. Since Scott Pilgrim does have some manga influences according to creator Bryan Lee O’Malley. When the actions in the comic where conveyed it made it look somewhat goofy and intended for people under its PG-13 rating. The comic on the other hand makes it look natural because of the art style that O’Malley used. 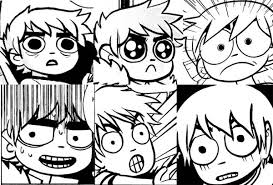 Although this movie didn’t attract the audience it wanted to, it did get good reviews. Where the movie would really shine was when it was released on DVD and blue-ray because of the extras and feature it entailed and also word of mouth had reached its original intended audience, while also capturing a new audience base. The arcade like style that director Edgar Wright had made the movie into, made it more closely parallel to comic and made the goofy actions more relatable and matched the plot in the movie more refined. Over all Scott Pilgrim vs The World may have received mixed reviews, but had much success in its first major adaption and only adding more fame towards the original series of graphic novels.

← Comic to Reality
Up with Rating, Down with Banning →