From novel to graphic novel

The most common transition between mediums tends to be graphic novels to movie or movies into graphic novels. This is of course incredibly frequently is done with super hero and action movies, however it often creeps into other genres as well. However there are other types of adaptions besides from film to graphic novel that are certainly intriguing. Particularly interesting is the adaption from a novel to a graphic novel. Taking a source that is purely text based and providing the reader with visual and textural features to consider can really change the way readers understand or analyze a text.

An interesting example of a series that has existed in several formats is the How to Train Your Dragon series. Originally a book published in 2003, How to Train Your Dragon has been adapted into two movies as well as a spin off television series. In October of 2015 it was announced that the franchise would be taking on the next form of entertainment, a graphic novel series. In this series the movies and now subsequently the graphic novel are very different then the actual book was. Aside from some main character names and a generalized plot the book and movie are extremely different. The graphic novel series is a spin off of the movies and will be styled similarly, because of this the book and graphic novel will probably not have an abundance of similarities. However because they do come from the same source material it is still interesting to see how the series has changed from book to its future graphic novel form. 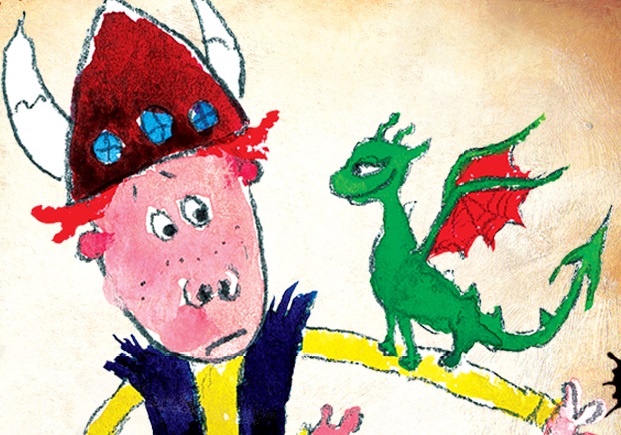 Percy Jackson & the Olympians is an example of a book series where this is true. In 2005 the first Percy Jackson & the Olympians book was published. The books author Rick Riordan then sold movie rights to the books, and two loosely related films were produced. After increased popularity Riordan’s series was adapted into a graphic novel series. The first three of the five book series were turned into graphic novels. The graphic novels had decent success in sales but are still not nearly as popular as the original books.

In most cases it seems that books have to first undergo the adaption process into movie form before they are adapted into graphic novels. This coincides with the fact that the popularity of the films promotes increasing the franchise into other mediums, such as graphic novels. It is interesting to consider that series that begin as books and later become graphic novels seem to go full circle. While they can look wildly different by the time they return back to the page it is worth analyzing the ways that they change their meanings and perhaps messages when considering the series graphic novel forms rather then their novel forms.