Panel Structure and Movement in Akira

by isolemnlyswear on November 1, 2015 in Reflection 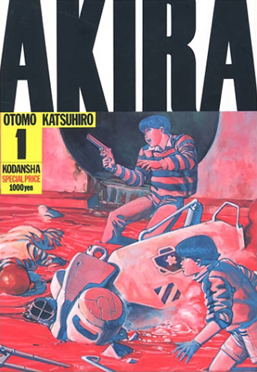 I started reading manga in middle school when a group of friends handed me a copy of Fruits Basket. I didn’t read much manga after that and went straight to anime. I started with Naruto and found my favorite anime in Durarara! Only when I got more into anime did I start reading more manga. The main thing that made me read more manga was the fact that shows would start and end and people would tell me that the stories continued in manga. It didn’t have music or voice actors but the elements of my favorite stories were still there. I have been a fan of manga and anime for a long time and one of the things I’ve heard most was talk about one particular anime/manga, Akira. People always give you lists of recommendations. Popular ones are things like Gurren Lagan, Cowboy Bepop and Akira.

Whether in a positive or negative light, I would always here the name being thrown around but decided to stay in my Naruto and Durarara! bubble. I really had no idea what it was or what it was about until this class and I can see why lots of people have raved about it. Regrettably, I’m usually one to judge a manga/ anime on the style of art that is used and if I don’t particularly like the art style I might not indulge in the story. At first glance, I didn’t really like the 80s art style that Akira had but I grew to like it as I read it further. One of the main reasons why I liked to was because of the movement of the panels. The art enables the scene to move fast or slow when it wants. When the characters are driving motorcycles, there are distinct lines that show direction and fast movement. I like how it feels like you’re watching movie when you’re just flipping pages. I also liked the shape and size of the panels. The panels brought new angles to view a scene from. Sometimes that scene would be crooked, moving the characters sideways. This effect would make it feel even faster in a motorcycle scene. This book is important because of its’ compelling plotline but also because of the advanced paneling choices and art style that enhances every scenes intensity.

← A new appreciation for the graphic novel
The Frames Movement →