Something that has been weighing on my mind since we started the webcomics is panels and speech bubbles. We talked bout panels that always work but the examples were using panels that were all the same size. When drawing, I always struggle with what size or shape to make the panels and where to put the speech bubbles.

First of all, panel sizes depend on the importance of the scene you are trying to create. For example, the dramatic scene after a drastic action scene is given a big frame, while small scenes with a one-man thinking dialogue can get a smaller frame. Margins are also important when making comic panels. The reader should be able to distinguish one frame from the other, and not look at it as one big frame, which would be confusing. Single lines are okay when you want to try to connect the two panels in some way, but you have to make sure that it is clear that those are two separate pieces. Usually, spaces are put in between panels to signify that they are different, but in some sort of sequence. Some people also are used to shading the next panel of the story so one can clearly distinguish that the panel is not one with the last, but is continuous.

Comic layout is just as important as the storyline. It assures the smooth transition of panels without mixing up the readers mind. There are a few guidelines to these as well to ensure that the reader will definitely be reading on until the last page. 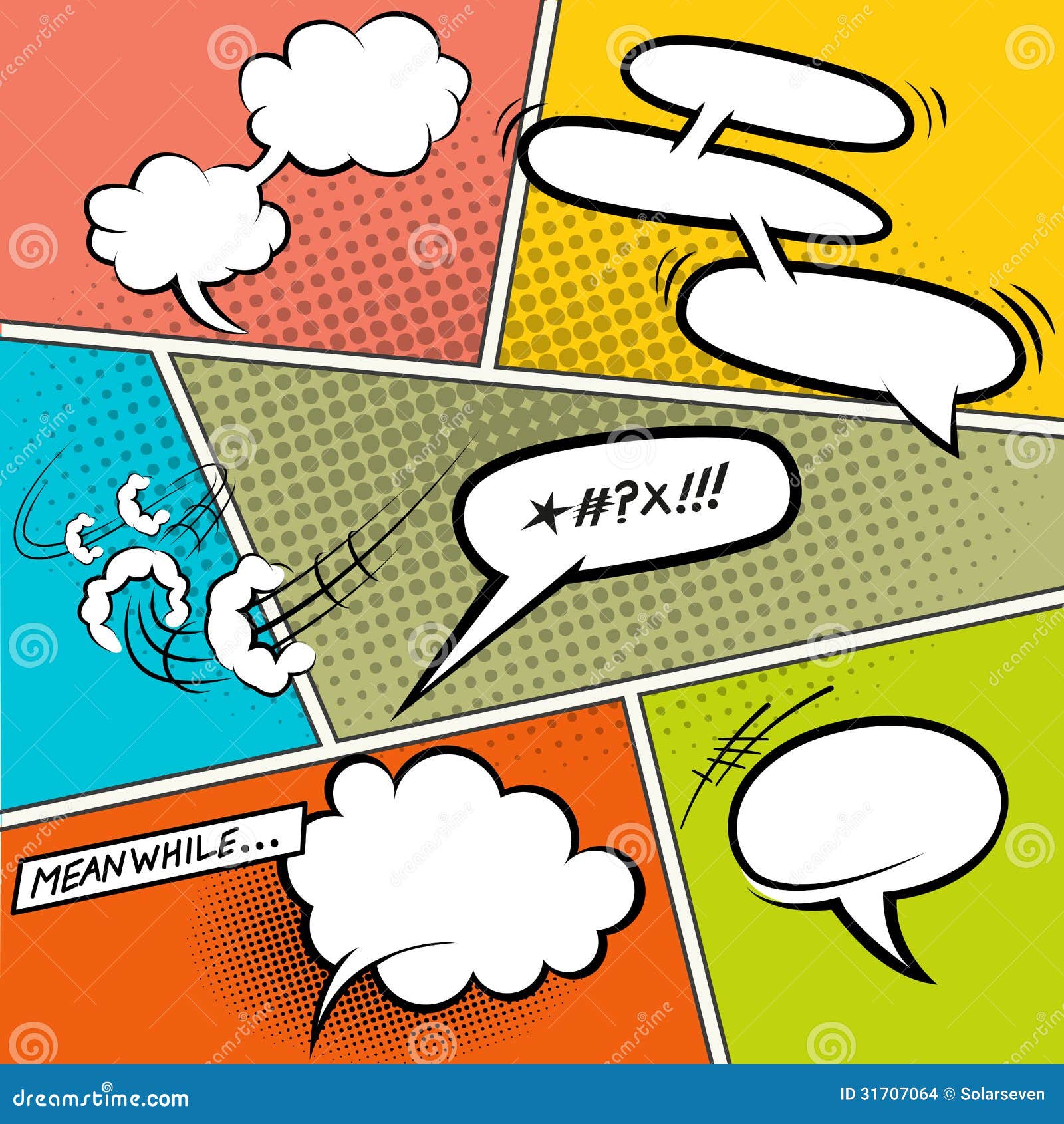 Now, speech bubbles and their placement is also important. The artist has to consider the bubble’s size, and how much information or conversation you are willing to cram into that bubble. Big speech bubbles are unavoidable, but you have to make sure that they do not fill most of the panel you are drawing. Even if the story line is important, you run the risk of your comic seeming like a book if you have a bunch of panels that just consist of text. A good idea would be to break up the bubbles into two separate panels, that way they wouldn’t take too much space, and your characters (and readers) can breathe. People break up bubbles for a lot of reasons. Aside from breaking up really long conversation pieces, they also do it to signify a break, or a pause, in the character’s “voice”. Be careful with this placing that it will not confuse the reader of the sequence of the conversation (the first page of my group’s webcomic had a problem like this because one speech bubble was places slightly lower even though the panel itself was before the panel with the other bubble).