Paint with all the Colors of the Wind: Comics and Colors

Coloring is one of the jobs in comics that have been totally revolutionized in the last couple decades with the rise of digital printing and digital coloring.  Classically, color palettes were very limited, using a four color base, and they were setup by colorists in order to create color plates for the printer and thus were part of an overall mechanical process. 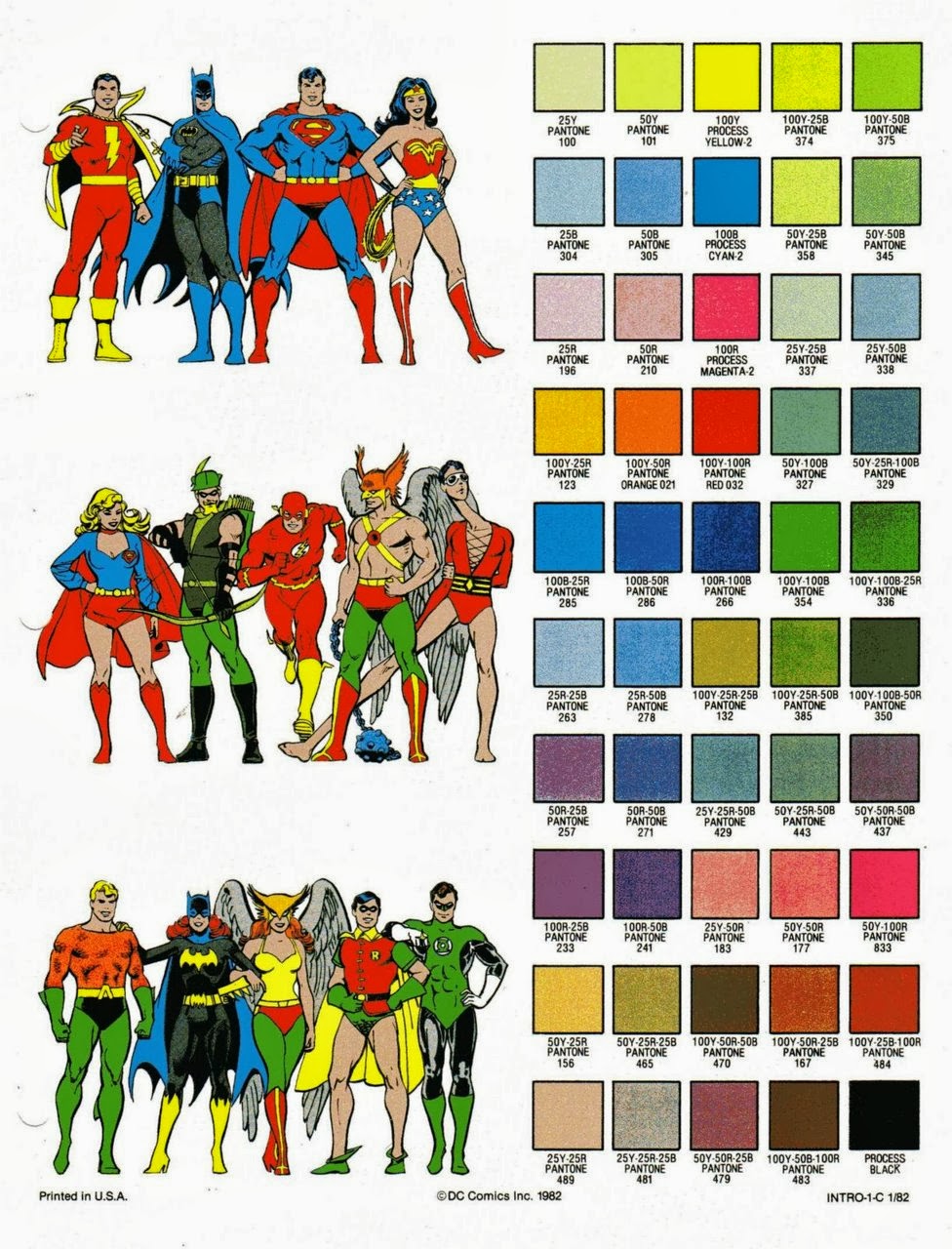 Today, with the Digital Age, this has totally changed.  Comics are now printed digitally which opens the door for a much wider range of color.  So, instead of a pretty flat, four-color base, there are hundreds of colors on a printed page.  Having the color work done digitally allows for a wide variety of shading, texturing, and other digital color enhancements.

Being a colorist requires you not only to be artistic and talented, but also somewhat technically inclined, at least as far as software.  (I’m pretty good with Photoshop… well at least I know enough to get me through).  Once you get the technical expertise, there is still the art end.  Coloring comics is still an art; it’s one that everyone can do… but not always do well.  In some ways the digital age created some questions in this area as well as in the area of inking.  In inking, it raised the question of “Do we really need an inker?” in coloring it was a case of “We have all these additional things to play with so we should put them all in on one page!”

The art of coloring is learning how to complement the art that you’re working over.  It doesn’t mean coloring is subordinate to the rest of the art but it does mean that each stage of the process is to enhance what has gone before.

A colorist should know their palette, the colors they’re choosing and their combinations.  Warmer, more saturated colors bring objects forward, whereas cooler, less saturated move them back.   A dark horror story will use darker or more ‘violent’ colors such as dark reds, blues, grays, etc. to set a tone very different than say a big super-hero cosmic adventure that will probably use more primary colors, with lots of yellows, oranges, and bright reds and blues. Also, color does not always accurately reflect the color of the object. It’s impacted by lighting but also should be impacted by its setting in the story. For example, it’s more important to vary colors such that foreground objects pop out from their backgrounds than it is to keep a wall the same color in every panel because THAT is the color it was shown to be earlier.

Finally, when going in and adding tones, shadow, texture etc. a colorist should focus on what helps make the art pop, characters and objects come off the page, and what helps set the tone desired. If adding textures or effects in a limited way help does this, then by all means. But overall the effect should blend with the art, enhancing it to better tell the story.

With our webcomic assignments coming up, I thought this information would be helpful if any of the groups were thinking of adding color to their comics.  As stated above, color can add a completely different feeling to the work and I think it’s important to think about your color choices before you commit to something.