Issues in Adaptations: From Manga to Anime

by isolemnlyswear on September 13, 2015 in Article 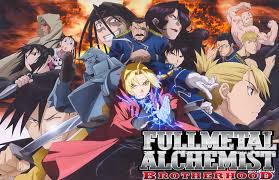 There always seems to be problems when one changes a narrative from one media to next. Things tend to be different, some things are added and some things are lost. In the world of mange, fans always hope for their favorite characters to be animated. But, everyone has expectations for their story in a new medium. Overall, one thing that people agree on is that it should follow the story presented in the manga. In the past, anime adaptations would move away from the original manga story line and write new stories with the same world. Full Metal Alchemist (2003) can be an example of this. It had an anime adaptation that went too far from the manga and an ending movie that was completely different than the original story line. The story had a reboot anime called Full Metal Alchemist: Brotherhood (2009) that followed the anime to a better extent because fans wanted to see the original story animated.

Nowadays, we have multiple anime that succeed in following the original story line of the manga. The anime gives what all fans want, the music and moving characters they hoped for and the same story line that they’re used to. But, there are still problems that occur that many fans have problems with. For instance, animation studios are giving a budget and certain spans of time to produce shows. If a manga is longer and the studio is only given enough money to produce thirteen episodes of a show than things will have to be cut from the show. This usually means that arcs of a story or side scenes between characters will be cut for the important plot points in a story. An example of this would be Assassination Classroom. The manga is about a group of middle school students that are given the task of killing their teacher because by the end of the year he will destroy the world. The mange puts an emphasis on each students’ backstory and their relationship with their teacher. But the anime struggled with having enough time to include every character and their story.

They were able to include every necessary plot point and multiple character backstories but it was mostly for the characters that were relevant to plot points. In some cases, studios will only have enough money to produce on arc of a story and won’t continue will the anime later. Two examples of this would be Ouran High School Host Club and Fruits Basket. Both only took the beginning parts of the manga and didn’t include the later growth of multiple characters. This starts the trend of fans watching the anime until it’s over an then jumping to where the story line continues in the manga.

Another issue that appears is the inclusion of filler arcs or episodes. Some anime catch up to where the manga left off and the manga is still updating. This causes filler arcs to occur. Studios write in scenes that never happened in the manga to hold off until they get more content or just because they want to add different things. This usually has nothing to do with the plot. Fans can find this boring or interesting to see more content in their favorite worlds.

Complications can occur with adapting stories in a backwards fashion. Durarara is a light novel turned anime turned manga that’s about a boy that moves to Ikebukuro and discovers the secrets of the city and its’ inhabitants. The show and light novel have arcs that intertwine with each other and foreshadowing in each arc for the next one. The manga decided to separate the volumes by arcs which might make it easy for people who want to read the arcs sequentially but might make it confusing if someone wants to read a random arcs. The show has a lot of background content that involves reading every arcs sequentially so if someone were to read it in a different pattern, it might not have the same effect.

Overall, adaptations from anime to manga and manga to anime can present issues for people who want something exactly like the manga. But, compared to the past, studios are finding more ways to become closer to the original medium. All the issues I presented have been presented as bad for most of the anime watching community but they can be positive for people who don’t care about things besides the main plot or people who enjoy filler arcs. It all depends on what people care about most in the story.