Characters and Characterization Across Movie’s and Their Comics

by nicolefindswords on August 30, 2015 in Article

Recently, comics being made into movies has been such a huge industry. Which is a big deal because so many comics come with fans already attached. So how do movies stay true to the spirit of comic books? Do they change the characterization? And what happens when the movies begin to affect the comic books?

I’m going to work under the assumption that readers here know who Loki is, either from the Thor Comics or, more recently, the Marvel Cinematic Universe’s Thor and Avengers movies. See this video for some of the beauty of Tom Hiddleston as Loki, villain after my own heart.

But Loki hasn’t always been the charming and slim guy that movie-goers know and hate to love. For years, Loki was a grumpy, and UGLY, guy who threw temper tantrums and really deserved to be thrown out of Asgard. 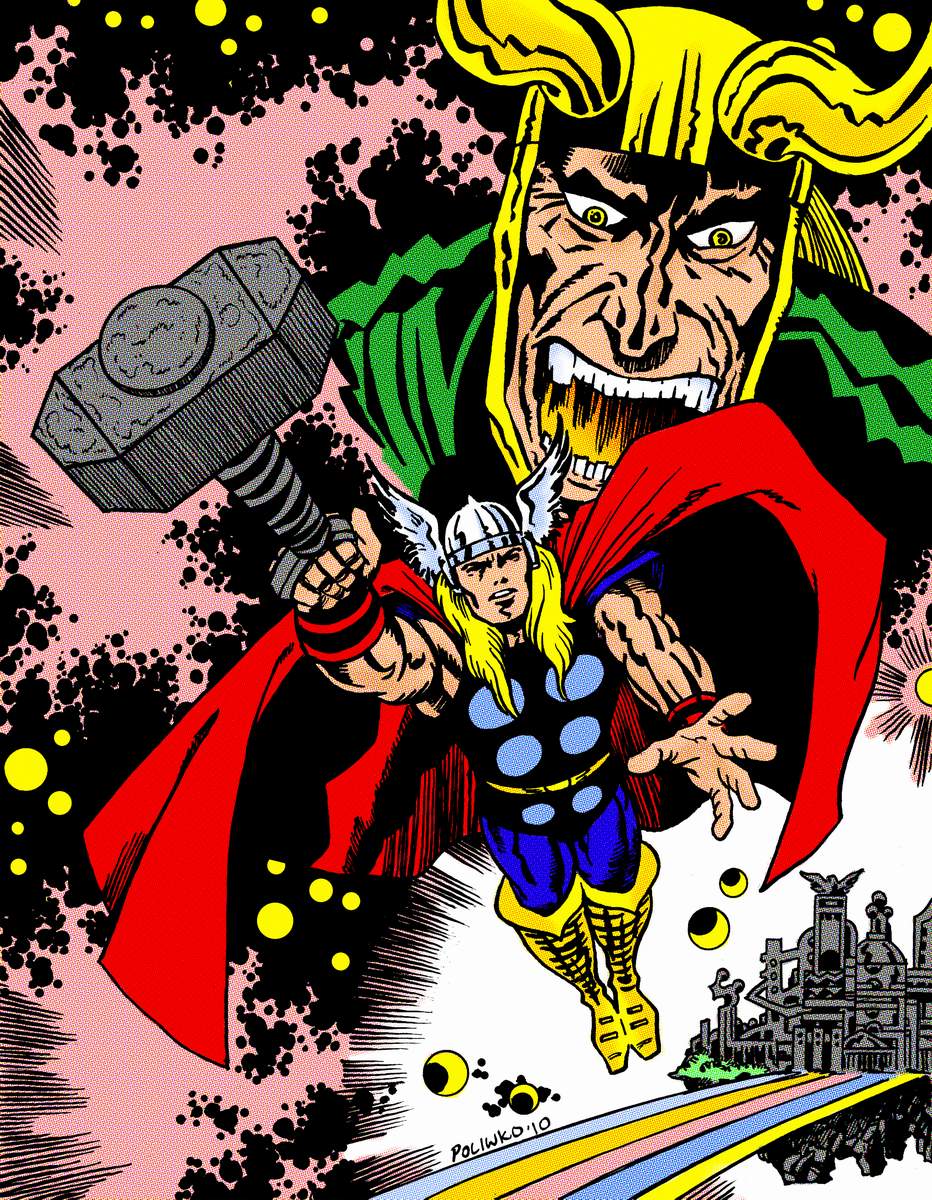 Here’s another older image of Loki. This one is particularly ironic because Loki’s weakness used to be that he couldn’t get wet, then his powers didn’t work. And because Thor in the background just makes my day:

So, Loki, he’s a bad dude, we all know this. But Tom Hiddleston definitely played him up; made him a sympathetic bad guy with a tragic backstory and killer hair (because let’s not lie to ourselves, it’s really amazing). And before the movies Loki was never pretty. Enter Tom Hiddleston and then we get the rebirth of Loki. It’s a regular Loki Renaissance: this guy gets not one, but TWO new comics where he’s a star. Both in the Young Avengers, and then Loki: Agents of Asgard. And he is pretty:

Obviously, the movies have affected the comics in ways never seen before. Loki even get’s a new lease on life, at least for a while, because he forgets who he used to be and just goes on as a good guy.

And now there’s a whole new audience to witness this character. And he can be expanded in so many different ways from how he was before. This article discusses how Hiddleston created a new view of Loki, as well as Loki now becoming a bisexual and potentially genderfluid character.

This offers an even wider range to both the character and the audience that is newer and for the younger generations who are seeing more characters like themselves. Plus, Loki has always been able to shapeshift and this just adds a new layer to it (see Loki being a female horse and giving birth to an eight legged horse in Norse mythology).

So movies are an inherently important new aspect to comics and characterization, as well as adding new things to the canon of a character. This breaks away from the same old comic scene with all the old stuck in the mud readers and allows for new ideas and new conversations to emerge, which I feel is incredibly important to continuing the graphic novel and comic book tradition. And with an entirely new visual component in the growing of the movie based on a comic story, there becomes more exposure to giving characters new gender identities or sexualities, or even racial and ethnic backgrounds (I’m side eyeing the new Spiderman movies heavily here).

It isn’t necessarily to say that Loki wouldn’t have moved in this direction without the movies and Tom Hiddleston in the role, but from my perspective, it opened a door for the new comics and the different characterization of Loki Laufeyson.

← Metropolis: The Comic
Is This Really Just Black and White? →