Of Monkey Kings And Holy Men

Journey to the West is one of the four great classical novels of Chinese literature. The story is a fictionalized interpretation of the journey made by the real life monk Tang Sanzang, depicting his pilgrimage from China to India in order to obtain the sacred Buddhist scriptures. Helping the monk on his journey are his three troublesome disciples: Sun Wukong (aka monkey/monkey king), a monkey demon who once rebelled against the forces of heaven before finally being subdued by the Buddha himself. Zhu Bajie (aka pig or pigsy), former commander-in-chief of the heavenly navy, he was banished to earth after flirting with the moon princess; where by chance he was cursed and became a pig monster. And finally Sha Wujing (aka sand or sandy), like pigsy he was a former general in heaven till, in a fit of rage, he destroyed a valuable vase and was punished by being exiled to earth; where he was reincarnated as a sand demon.

Major themes of the story involve the rejection of and atonement for earthly desires; the steps to reaching Buddha-hood. This is routinely portrayed through the plot by defeating numerous demons, escaped heavenly beasts, or simple corrupt humans. Each of the disciples are weighed down by one or more sins, specifically Monkey representing pride, Pig lust and Sandy wrath. In order for the three disciples to learn from the error of their ways, they are later employed to guard Sanzang on his journey to India. Subsequently Sanzang also serves as the three’s adviser, helping them seek redemption for their past crimes.

Over the centuries numerous adaptations have been inspired by this classic tale, a very well known example being the series Dragon Ball by Akira Toriyama. The series revolves around the misadventures of Son Goku (actual Japanese name of Sun Wukong), a strange monkey tailed boy who has strength far greater than any normal man. Since being found in the woods by his adoptive grandfather, Gohan, he has lived a majority of his childhood in isolation. However years later, after the death of his grandfather, Goku meets a girl named Bulma who discovers that a memento left by his grandfather is actually 1 of the 7 mystical Dragon Balls; which will grant a wish to anyone who collects them all. 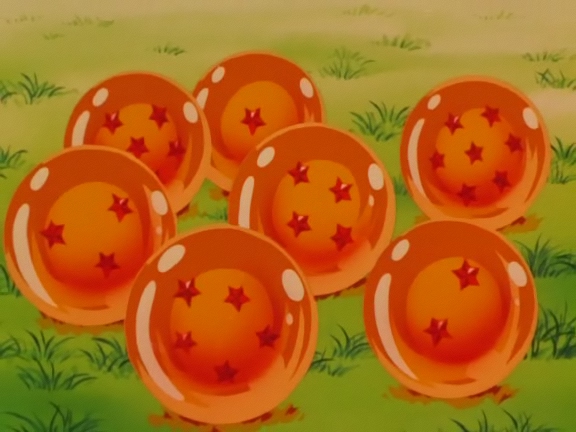 Reluctant to give up his grandfather’s keepsake, Bulma instead convinces Goku to travel with her to obtain the other Dragon Balls in order to grant her wish (that being to have a boyfriend). On their journey to collect the Dragon Balls Goku and Bulma are further joined by a pig named Oolong, a shape shifter who was terrorizing a small town, and  Yamcha, a desert bandit who initially tried to steal the Dragon Balls.

There are many notable references to Journey to the West made in Toriyama’s work, the first and most obvious being the similarities between  Son Goku and the Monkey King.  Both are character’s of unparallelled strength, Monkey having defeated legions of Heaven’s armies and deities, and Goku, who as many anime/manga fans know, grows up to be the veritable guardian of Earth. Additionally each protagonist utilize a similar arsenal, including the magical extending staff Nyoi-bo (aka power pole in the English dubbed) and the ability travel by cloud.

However, personality-wise Son Goku and the Monkey King couldn’t be any more different. The Monkey King is a character that is truly blinded by his own hubris, through his strength and cunning alone he dubbed himself the “Great Sage Equal To Heaven”; a title which he forcibly made deities acknowledge. Goku’s defining traits however, are his naivety and innocence, due to being raised in isolation for so long Goku doesn’t realize how abnormally strong he is compared to other people. However Goku does have the potential to be as equally destructive as the Monkey King, upon gazing at a full moon Goku unknowingly transforms into a nearly unstoppable giant monkey; that destroys everything in his path.

Along with the Monkey King another character from the original work is also similar, admittedly very loosely, to one of Toriyama’s protagonist; that being the monk Sanzang and Bulma.

While the similarities between a pious monk and a girl as shallow and greedy as Bulma hardly seems like a sensible comparison, conceptually they do share similar roles. Bulma and Sanzang both serve as teachers to civilize the wild monkeys; however Sanzang restrains the Monkey King’s powers, while Bulma actually gave Goku the opportunity to hone his skills and become the powerhouse fighter he is today. Additionally Bulma like Sanzang is also on a journey, one which she can’t face alone; its no sacred pilgrimage mind you, but still vastly important nonetheless. For if she didn’t go searching for Dragon Balls some other person might have instead, with perhaps an even more nefarious wish in mind.

Finally much more blunt similarities can be seen between the characters Pig and Oolong as well as Sand and Yamcha. Pig like Oolong is also capable of transforming, additionally Oolong  like Pig is highly characterized by his lust. As for Yamcha and Sandy, really the only similarities are in their aggressive natures; fighting with anyone who crosses their path.

In concluding my analysis, I would like to discuss how Toriyama’s plot deviates from the classic tale. Even though Toriyama’s Dragon Ball started out as a simple adaptation of Journey to the West, it eventually progressed into its own original story; Dragon Ball Z. Years later Goku is now fully grown with a family of his own, living out a somewhat normal life having left his past exploits behind. Till one day he is visited by an alien from space claiming to be his brother. From this point on Goku is no longer thought to be a mysterious, possibly supernatural being, but rather an alien from a nearly extinct race who was sent to earth upon his home-world’s destruction.

Story-wise it is a very sharp turn in the other direction, shifting from fantasy to sci-fi, from the thrills of adventure to the defending the world from intergalactic conquerors. The shift in story elements seems to suggest an ending of the previous whimsical adventures and the introduction of cold hard facts; which could be seen as the ending of childhood and progression into adulthood.