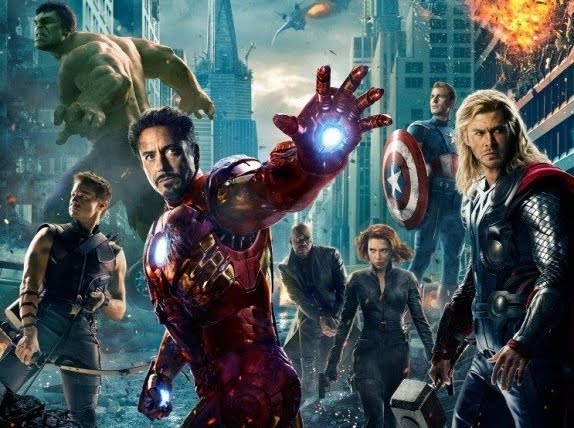 As the ever unoriginal Hollywood continues to grasp at any and all popular media in hopes of finding the next big hit, instead of making something truly original, the realm of graphic novels have been nearly swallowed whole. Until recently, most of these film adaptions, for lack of a better word, sucked. Most, but not all. Despite this they did well enough for the film companies to keep trying (not like they would stop anyway). Constantine, Spider-Man 3, Daredevil, Batman Forever, Batman and Robin, Superman Returns. The Hulk… the list of poorly adapted films goes on. It was as though these film companies knew that we liked these characters, but didn’t know why, or at least, didn’t know how to convey why we liked them on the big screen.

Lately, though, there has been a string of really awesome movies. The Christopher Nolan Batman series, Thor, The Amazing Spider-Man, the Iron Man series, Captain America, The Avengers, and dare I say it, even the last solo romp with the Hulk wasn’t THAT bad. It seems that the movie makers are finally starting to get it. The fans certainly appreciate it, and it seems that the comic writers do too. They themselves, knowing it would be done, pretty much begged for it to at least be done right, beginning to model their characters off real life actors. Nick Fury was based on Samuel L. Jackson long before Jackson was ever cast as Nick Furry in the after-credits scene in Iron Man and the hardcover edition of Marvel Civil War has a section in the back talking about how all the characters are being modeled after actors with similar traits and personalities. They attributed playboy Tony Stark to Johnny Depp and though the role instead went to Robert Downey Junior, the same reckless abandonment of morals seems the same. Quicksilver and the Scarlet Witch were attributed to Angelina Jolie and her brother. Captain America was said to be modeled after Brad Pitt. The only one not given an actor’s face was Thor who was said to embody a God / Christ-like figure and was therefore modeled after Jesus. A super buff, blonde, hammer-wielding, Frost Giant-killing Jesus. So the writers were throwing their hat in for who they wanted to portray their characters already, and their suggestions were not ignored. 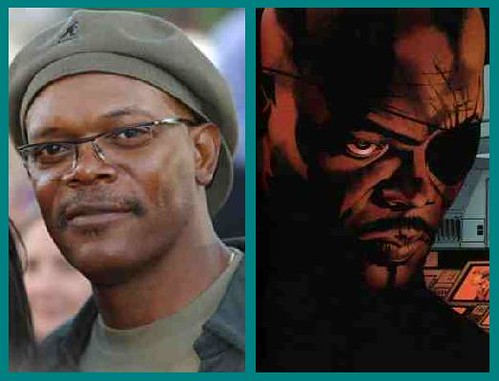 However, now that these characters have been brought to life on the big screen, one must consider what is truly canon and what is now the real source material. Though comics are widespread, the movies hit the widest audience so it’s only logical that their stories, no matter how far off from the comics they may stray, are taken as the truth about the characters. The Avengers found the Hulk’s creation being the result of a failed attempt at recreating the Captain America Super Soldier Serum rather than the Gamma Bomb accident of the comics. Captain America completely skipped his junky faze in the movie (he used to have to constantly shoot up on the Serum but this part of the story was removed as heroin became popular and the writers didn’t want Captain AMERICA constantly shooting up like a damn tweaker, so they wrote in a part about him taking one last SUPER Super Serum that fixed him up for good). In The Dark Knight Rises, the most commonly held creation of the Joker, at the hands of Batman playing on the notion that Batman is the cause of the chaos in Gotham, is ignored. Supported through the Joker’s desires and statements, but essentially forgotten. So if THIS is what the common, non-comic reading viewer is seeing and holding to be true, does it essentially become true? Are the true origins lost because so few know them in comparison to those that know the abridged and altered versions? And even more so, who owns these characters now? They are endearing referred to as comic book characters but you get the sense that their future lies in film with their comic lives left to those who care to keep it old school. In a world where the films were made to bolster the popularity of the comic, taking bits and pieces of epics building over years of monthly issues, one can no longer see the forest for the trees. The future of these “comic” characters is uncertain because of this, and though I think the comics will be the ones to usher in the fresh ideas and concepts (as Hollywood seems to be out of them) the films will be the ones that solidify them into a knowledge about these characters and is therefore where we will look to see them in their canonical form.

← So I Have a Webcomic…Now What?
My Cardboard Life: A look at a different kind of comic →